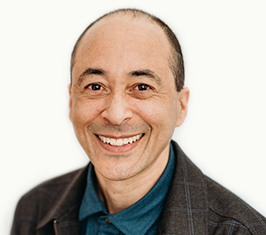 Teja Arboleda is the Chief of Global Creative Services at IBIS. He oversees all aspects of global and corporate-focused content development, storytelling and production for interactive theater, digital media and eLearning. He also manages IBIS’ global training and consulting initiative. Arboleda’s international, intercultural and mixed-race lived-experiences have given him the unique ability to understand cultural perspectives and facilitate cross-cultural dialogue on complex issues relating to diversity, equity and inclusion.

Arboleda has been in the DEI space for 28 years and has reached hundreds of thousands of people worldwide, including Fortune 100 corporations and over 1,000 colleges and universities. From curriculum development, research and facilitation, he specializes in fostering a diverse, inclusive workforce and campus culture to maximize productivity, self-awareness, and cross-cultural competence.

As a seasoned producer, director and actor, he weaves authentic and compelling stories and narratives to facilitate change and action, utilizing all platforms including traditional theater, filmmaking and stand-up comedy, to cutting edge digital, interactive and remote learning technologies, and mobile apps.

Arboleda has an Emmy Award and 5 Telly Awards, and director and editor credits on over 150 social issues and international documentaries, including Frontline. His social action short films have been viewed by tens of millions of people worldwide, and his interactive digital game, RaceOff has been played by over 2 million participants and iPhone users. His entertaining, educational video series, Diversity Elementary has been translated into 12 languages and used by schools in over 20 countries.

As an acclaimed international and TED Talk speaker, presenter on diversity, race and intercultural identity, Arboleda has facilitated over 1,600 events covering race dialogues, peace summits and racial and cultural trauma healing forums. He has been featured in hundreds of major news outlets including The NY Times, LA Times, MTV, ABC, USA Today and National Public Radio.

Arboleda has a Masters degree in digital media and education from Lesley University, and a Bachelor’s in communications and sociology from Clark University. Arboleda spent 16 years as an Assistant Professor, writing and teaching courses such as Race & Ethnic Relations; Intercultural Communication; and Innovation and Business. He is the author and illustrator of books on multiracial and multicultural identity, including In The Shadow of Race, Mixed Feelings and Jeni So Many.

Arboleda has testified in front of The U.S. Senate and the OMB to include mixed-race and multiracial identity in The U.S. Census. He is Black, Asian and White and grew up in Japan, and has traveled globally. He is a proud member of the Screen Actors Guild (SAG-AFTRA). His favorite hobby is being a dad.