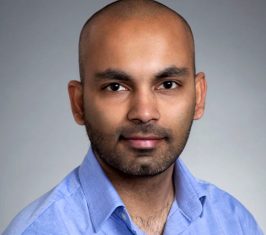 Abhishek Verma is the Project Manager with IBIS Consulting Group. He is originally from India and moved to the United States in August 2018 to pursue his passion for Diversity and Inclusion. He brings in 5+ years of work experience in creating and managing industry-leading Diversity and Inclusion programs. He is driven and decisive with passion for leading a positive social change.

He graduated from Tufts University receiving his second master’s degree, MA in Diversity and Inclusion Leadership. Previously, he has received Master of Human Resource and Organizational Development and Bachelor of Engineering from University of Delhi, India. During his time at Tufts, he worked as the Graduate Assistant for Inclusion, reporting to the Chief Diversity Officer, and provided programmatic support to various community events, such as guest speaker series, Tufts Table led by the CDO office, in which several Tufts community members including staff, students and teachers came together to listen to prominent speakers and get involved in meaningful conversations around Diversity and Inclusion.

He has also worked with organizations such as Biogen, HCL and GSK in various roles focusing on creating, implementing, and managing various D&I initiatives and HR programs and processes. At Biogen, he curated first-of-its-kind conference ‘The Intersectionality Conference’ which received appreciation from Biogen’s CEO and was included in his #proudmomemntsof2019 list.