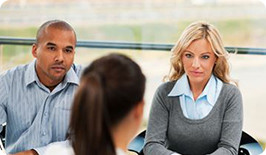 Yikes! What Can I Do To Stop Unconscious Bias in Recruitment and Hiring?

How often do you hear hiring managers say:

We want to hire individuals that will ‘gel’ with our teams, but how do we overcome the unconscious bias that leads us to fill our teams with duplicative experience and a homogenous approach?

How do we leap over innate biological and social barriers to build a high-performing, diverse and engaged team that will be able to connect with the broadest range of customer experience?

The task can feel overwhelming and impossible. But it’s NOT impossible, as long as you manage the unconscious bias lurking throughout the process and approach the work intentionally. 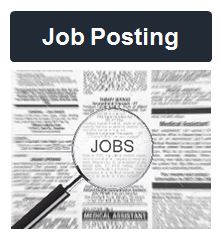 First, you must assess your needs. Which of the following do you consider?

If you checked off all of the above, good job!

Next, build a list of the essential qualifications of the employee in the role (aim for about 10.) This list will play an important part in this and subsequent hiring phases.

Many employers would like to have more women in their applicant pools, particularly for positions where they are under-represented, but few women apply.

The language you use may very well be playing a part in this problem. Masculine wording has been proven to discriminate against female job seekers. [Evidence that gendered wording in job advertisements exists and sustains gender inequality. Gaucher, Danielle; Friesen, Justin; Kay, Aaron C. Journal of Personality and Social Psychology, Vol 101(1), Jul 2011, 109-128]

See the example from a project manager job description below:

“We are seeking a forceful project manager to lead the direction, coordination, implementation,and completion of specific projects. We boast a challenging and fast-paced environment that rewards self-reliance, focus and ambition.”

This does NOT mean that women are never authoritative or that men dislike collaboration.

It simply illustrates the importance of building an awareness of the association bias in job postings, so that your language appeals to the broadest qualified candidate pool possible. 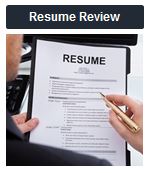 The next key phase in inclusive recruitment and hiring is the resume review process.

You don’t usually have a lot of time to go through resumes. Typically, people do a fast sort- definite no’s, definite yes’s and maybe’s.  But how might unconscious bias be driving your sorting process?

Attention bias inclines us to notice things on a resume that directly and overtly match what we are looking for, and ignore what we aren’t.

Affinity bias typically causes us to respond positively to people who share at least some important aspect of our own identities- where we went to school, an employer in common, a part of the country we’ve lived in – and accord less merit to those who seem not to.

And with Association bias, we may unconsciously judge a resume based on the perceived gender or race or ethnicity of the applicant.

A tip: One of the best ways to guard against this last unconscious bias is to have an associate (often an HR consultant) cross out applicants’ names and any other demographic identifiers before you see their resumes.

How else can you guard against unconscious bias? Through a technique called PRIMING.

To prime, keep your list of the top 10 essential qualifications out in front of you while you look through resumes.

Before we leave resume reviews, let’s take a minute to talk about a sorting factor that many managers use when reading resumes: typographical errors.

Think for a moment how you typically respond when you see typos in a resume. Do you automatically toss it aside? Do you tell yourself typos indicate that the applicant:

All of those are association biases, which prompts the assumption “a person who does ______ is the kind of person who _____.”

But typos occur for many reasons, including distortions made by the software systems that some applicants are required to use to upload the resume.

It’s also possible that the applicant’s educational or economic background didn’t expose them to resources that would help them conduct a job search. Does that automatically mean this person wouldn’t be good for the job?

If you’re thinking, “Wait a minute! I don’t care why there’s a typo on this resume; this job requires someone who wouldn’t let a mistake like that go by.” Fine. That IS true of some jobs—especially those that involve accurate, exact detail, like certain kinds of laboratory research, or written communication that is client- or customer-facing. But many jobs don’t.

So notice it if you’ve been automatically associating typos with inferiority of some kind, or using mistakes as a sorting factor that may not be relevant when you’re wading through a stack of resumes for a job that doesn’t require accurate written language or attention to a fine level of detail. If you pass up on a candidate because of a misplaced comma, you may be dismissing someone who could be a valuable asset to your team—and bring in some different perspectives and experiences.

And now on to key phase #3: interviews. Our unconscious biases can significantly impair our ability to be objective in this process. Here, too, is an important time to use your list of essential qualifications.

Use your PRIMING technique! Just as with resume reviews, you want to prime yourself before the interviews by re-reading your list of essential qualifications.

One of the best tools to counter unconscious bias in candidate job interviews is to ask behavioral questions. Asking candidates to describe how they have handled situations in the past is an effective way to assess their competencies for the current position.

Good behavioral questions ask candidates to describe past situations they were in, the actions they took, and the results of their actions.

Take a look at the following behavioral interview questions:

Here are some of the dimensions in which cultures may differ:

When you conduct your interviews, be very aware of your assumptions about what is appropriate behavior. Chances are, most of it comes from unconscious bias. 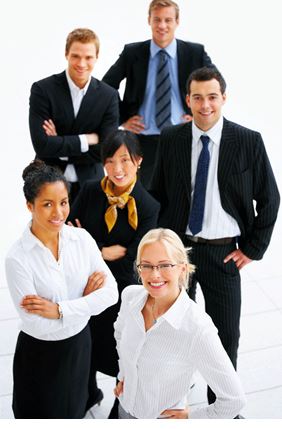 Here are some additional best practices for making sure that you’re doing everything you can to handle interviews not just skillfully, but with as much attention to unconscious bias as possible.

First, get that qualifications list out again. Prime yourself before each interview by reviewing it so that you’re focused on what matters most for the role.

Second, whenever feasible, have at least one other colleague in the interview with you. As best you can, seek out interview partners who are different from you in significant ways, including gender, age, race, work responsibilities, thinking style, and so on. Doing this enables you to experience a candidate through multiple lenses, not just your own. Make sure you are both familiar in advance with the list of desired qualifications. Make your assessments separately, then compare notes on your respective conclusions.

Third, use a behavioral interviewing process in which you ask all candidates the same questions about actions they have taken and experiences they have had in the past. Getting specific examples of how they have operated in the past, rather than having them speculate about how they think they might handle something in the future will give you much more accurate information about candidates.

Finally, tune in to your impulses to connect with or dismiss someone based on your reaction to them personally. As we know, affinity bias naturally inclines us to connect with people we have things in common with. But affinity doesn’t necessarily yield the best candidates. Stick to your list of essential qualifications!

Unconscious bias is normal, and natural. But that doesn’t mean it’s healthy or productive. Make a conscious effort to interview with intention in order to build an organization that can attract and retain the best and most diverse range of talent.