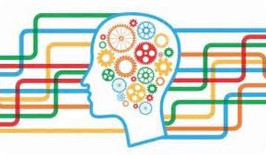 What is Unconscious Bias, Anyway?

Many organizations are recognizing that the systems and policies they have put in place to diversify their workforces are not enough; despite what have been their best efforts, barriers still exist that can keep them from acquiring, keeping, and developing a workforce with the diversity they need and want. And one of the primary obstacles is Unconscious Bias (UCB).  UCB is in operation whenever we are making decisions- about hiring, promoting, evaluating – in fact, about anything and everything. It is what inclines most of us to feel more comfortable with and gravitate towards people who are like ourselves (this particular one is known as “affinity bias”.) It can interfere with the productivity of teams, the rates of retention and turnover, even the criteria we choose when making major organizational policy decisions. Long standing conscious and unconscious biases about what constitutes “a good leader” contribute to the still-wide disparity in numbers between males and the females heading major organizations, and between whites and people of color. (Did you know that there are only 23 female CEO’s in the S&P 500, and only 46 in the S&P 1000? Or that People of Color make up less than 20% of the current U.S. House of Representatives, and less than 6% of the U.S. Senate? Clearly, there is still work to be done on advancing women and People of Color into more influential positions.)

In this article, the first in a series, we will introduce the concept of UCB, and describe how it is created, how it operates, and how it can negatively impact a workplace when it goes unchecked. We will also preview some strategies for mitigating, or reducing, UCB.

What is UCB, and how is it formed?

Let’s start with a definition of Unconscious Bias- what it is, and how it develops. Unconscious Bias refers to the attitudes and beliefs we hold that are below our level of daily awareness. The vast majority of these biases were acquired when we were quite young – too young, in fact, for our developing brains to have had the capacity to analyze what we were experiencing.  The unquestioned acceptance that “This is How the World Works” is what psychologists call a schema, or mental framework, that organizes how we take in information, how we process our experiences, and how we engage with others- all without our conscious awareness.

I remember when my oldest child was 6, and we were reading a joke book. She came to a page with a picture of a man in robes in a courtroom, and a skunk walking in. The set up for the joke was “What did the judge say when he saw the skunk in the courtroom?”* [You’ll find the punch line at the end of this article.] She looked at the picture and asked, “Why is the judge black?” I was stunned. What did she know of judges? And why would she assume that black judges were out of the norm? We rarely watched TV, saw very few kids’ movies, had no judges in our social circle, and had not, to my memory, even encountered any judges during her life thus far. And yet, my 6 year-old daughter had already formed an understanding of the world that said “judges are white.”

Where had she acquired that understanding? Through enculturation by the world around her: conversations overheard in grocery stores and parking lots and airplanes; images seen on billboards and magazine covers and movie trailers; stories told by other children and babysitters and picture books. And probably the biggest factors of all were the demographics of the area in which we lived at that time; my daughter may never have met a judge, but neither had she met many professionals who were not white. All of these formed her schema, which created her understanding of How Things Are and Should Be.  Had she not asked me why the judge in the picture was Black, I wouldn’t have known she had an assumption – an Unconscious Bias – under construction that needed to be challenged and changed.

How does UCB affect us?

What happens to our schema as we develop? According to Wikipedia, schemas (plural) “influence attention and the absorption of new knowledge: people are more likely to notice things that fit into their schema, while re-interpreting contradictions to the schema as exceptions or distorting them to fit.” In other words, once the schema has been laid, it shapes our encounters with the world for the rest of our lives. Psychologist and Professor Daniel Kahneman, winner of the 2002 Nobel Prize in Economics, refers to this as System 1 in his ground-breaking book Thinking, Fast and Slow. System 1, the “Fast” thinking, is our primary operating system, and it informs our basic day-to-day behavior and decision-making. When we feel instant rapport with others, when we have a “gut instinct” about what the right choice is, when we know from watching someone work on a project that they’re “just what a leader should be”, chances are we’re operating out of System 1. And that System – reliant on schema formed when our brains hadn’t yet acquired the capacity for questioning and discernment – has significant structural flaws.

But we aren’t aware of what those flaws are (or even that we have them.)  That’s what makes the biases in our thinking unconscious, and can make them so hard to change. It takes the secondary operating system, which Kahneman calls System 2, to interrupt our usual behaviors. This system is the “Slow” thinking one; it is the doubter, and has the capacity to confront System 1 thinking by demanding hard evidence and definitive data. System 2 is the part of our brains that can step in and challenge the schemas and automatic thinking processes and UCB’s of System 1 by asking questions such as, “Am I giving greater weight to the contributions of the outspoken people at my staff meetings than to the quiet ones?”, “What makes me assume that someone who went to College ­A is necessarily more qualified than someone who went to College B?”, and “Am I using the best criteria to select a leader for this project?”

So, the good news is that UCB can be interrupted. The bad news? Well, there are several issues:

As Heidi Grant Halvorson wrote in an article in Fast Company, that last item would be “a little like teaching someone all about how their pancreas works, and then asking them to use that knowledge to change how much insulin their pancreas makes. Simply knowing how something works doesn’t give you conscious access to its operations—and that’s as true of your brain as it is for your other organs.” (There are researchers who argue that biases can never be eliminated- only reduced and mitigated.  In fact, even the two main creators of the Implicit Association Test differ in their opinions on this issue.)

How Can UCB be addressed effectively?

We all have UCB – it’s human nature. It’s unavoidable. But it can be addressed and managed. IBIS has developed a model that calls on System 2 to actively step up in four simple (but not necessarily easy) steps. We call this our FLEX model; the first three steps are for individuals, and the fourth at organizational systems:

These steps, combined with training of individuals and alignment of systems, can help organizations overcome some of the most entrenched obstacles to achieving a truly diverse and inclusive workplace.

In future installments in our series on UCB, we’ll present specific actions your organization can take to mitigate bias in recruitment and hiring, work assignments, performance management, career development, and workplace culture.

*And at last, the answer to what the judge said when he saw the skunk: “Odor in the court!”

Coming up in our series on UCB:

NYU Neuroscience Professor and researcher David Amodio has been using magnetic imaging to find evidence of UCB in the brain; check out http://www.workforce.com/articles/20242-you-biased-no-its-your-brain

The Implicit Association Test is available online for free. Check out: https://implicit.harvard.edu/implicit/education.html