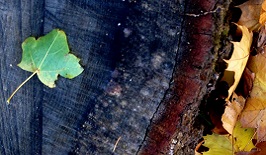 What is a Person of Color?

I didn’t know I was a person of color until I was an adult. I was a 19-year-old African-American/Filipino/German when I arrived at Clark University in Massachusetts after having spent most of my childhood in Tokyo. In Japan, I encountered racism, ethnocentrism and nationalism, but there is no phrase that suggests a person has or doesn’t actually have color. It was a new concept for me.

I was much darker back then – testament to how our bodies adapt to the world around us, and the lack of exposure to the sun in New England. It took only a few incidents to realize that being a Person of Color (POC) would be a hindrance here during experiences such as job searches, interviews, dating, apartment hunting, driving, shopping and auditions.

For people like me, 1980s Boston meant unchecked racial profiling and racism. I was a mere statistic after being mugged and stabbed—and then disregarded by the two White police officers who arrived at the scene. The nature of discrimination here meant that I had to confront store owners when they profiled me as a Hispanic thief…got spit on by a Boston cab driver who told me to go back to Afghanistan…turned away by a pizza shop customer who yelled at me for being Iraqi…offended by two guys at a supermarket who told me to take my pita bread and hummus and go back to Mexico…and threatened by a gun in my face after two cops stopped my brother and I for driving while Mexican in Los Angeles.

I learned that I was a Person of Color through these actions, instead of through feeling like it was an honor to have such a rich diversity of heritage. I didn’t like the constant reminder that if you’re not one thing, you’re an ‘other.’ It doesn’t help that the continuum of identifiers like skin tone are variable and without standard. And not just skin tone – in the U.S. we categorically designate and represent who we are based on the width of our nose, shape of our eyes and hair texture, too.

Let’s break it down. Are you a POC if:

“POC” is really just an American phenomenon. It means you’re not White. That’s like saying you’re a female mailman, or a woman Congressman. Even in the late 1700’s, just around the time of the first US Census, the phrase “Person of Color” referred to people who were mixed people of African and European descent who were freed slaves. Etymologically, the term has direct lineage to “colored” and “minority.”

On a fundamental level, “POC” suggests that there is another ‘kind’ of human – a person without any color at all. Yet according to Encycolorpedia, the iconic Apple ‘white,’ recognized by a billion humans, is actually a very light shade of brown. Technically the color designation is: OW206-1 / #F6F3ED Hex Color Code; 96.47% red, 95.29% green and 92.94% blue, with an approximate wavelength of 576.02 nm.

Is it OK to call people “People of Color?” Yes. I consider myself a Person of Color, because it’s a common term that gives people a little more understanding of my experiences. But I want the phrase to be an honor, and not a pathway to bias. What’s most important is how we treat People of Color. We have to see past the words, to see the person. Know my character and my story. It’s not about my skin color.

Teja Arboleda, a Senior Consultant at IBIS and founder of Entertaining Diversity, Inc., is an EMMY Award-winning documentary and film producer. His early work was as Assistant Director/Editor at Frontline, and his PBS documentaries, such as Crossing The Line: Multiracial Comedians, and Model Minority: Do The Math, have stirred discussions on identity, race and culture in news outlets including The NY Times, LA Times, USA Today and National Public Radio.