The Model Minority Myth in the Workplace 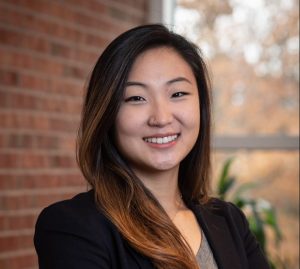 As an increasing number of first- and second-generation Asian Americans (including myself) join the workforce, I have started giving more thought to my background and how that has affected how we show up in the workplace today.

I think of my immigrant parents who pushed me to work hard and to always show respect for all authoritative figures. This meant never talking back to anyone of higher status when I was younger, but now shows up as rarely speaking up for myself.

I think of my experiences as a first-generation college student and Googling questions about the American college experience that my family could not answer. I see now that I was internalizing the idea that I can do it all on my own, blind to the fact that many people are used to asking for help and having access to support systems.

Despite being a young professional only a few years into my career, I have been witness to and subject of so many of these challenges that AAPI-identifying employees face in corporate America.

Asian men being told they are “too soft” and viewed as weak when they express sympathy.

Asian women being talked over but also being told to “tone it down” when they use their voices.

Asian people consistently being perceived as passive, agreeable, and people-pleasing.

For decades, Asian Americans have been seen as hardworking employees who don’t cause a fuss. We are smart, dedicated workers who remain, for the most part, quiet and rarely complain. These assumptions and stereotypes perpetuate the stigmas of the “model minority” in the workplace and will inevitably stunt growth for AAPI folks when we are seen as workers before we are seen as people.

This Asian American and Pacific Islander Heritage month, I encourage everyone to get to know their AAPI colleagues. Set up times to connect and talk about things outside of work. Become familiar with who they are and the personal goals they have set for themselves. Be someone in their life who understands their value and will support their growth.