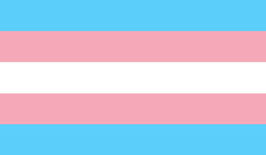 History was made this month when seven “out” transgender people were elected to public office on November 7th.

These victories are a sign of future success for people who are working towards having more trans* inclusive workplaces and communities focused on the skills and talents individuals bring to the table. However, for employers who are not familiar with the transgender community, new challenges arise a multi-gender workforce and its impact on Diversity & Inclusion (D&I) initiatives. This year IBIS is actively bringing attention to the transgender community and educating the public through a four-part article series.

When we educate ourselves on transgender issues, we create a safer workplace for all genders and invite employees to be their authentic selves at work. Our authentic self is who we are at our core, the culmination of our beliefs, skills and how we express these. A person who chooses to transition to another gender identity or expression is owning their authentic self.

To ensure that can happen for people of all gender identities and expressions, it’s important to have a common understanding of the terms and language used to respectfully refer to those in this community.

The Genderbread Person helps us think of gender identity and gender expression on a spectrum.

Starting with this as our foundation, it is critical to point out that there is no “cookie cutter” way that transgender people are and or transition if they so choose.

This can all be very confusing as an employer, a manager or a co-worker, so it’s helpful to think of this adaption of a well-known “rule”: Do unto others as they would have done unto them. Simply put, ask others how they want to be treated and addressed. If you’re confused, have some courage and ask people specifically how you can support them, celebrate them, and, for example, what pronouns to use. (she/her/hers, he/him/his, they/them/their, ze/hir/hirs, ey/em/eir)

There are dozens of terms and definitions associated with gender. [1] It is important to highlight a few more to help dispel some myths.

As you can see, within the Trans* umbrella, there is a tremendous amount of diversity.

If you are not transgender, it’s helpful to understand that there are some advantages and disadvantages for someone to “come out” as transgender at work. As an employer, understanding this is an important step toward inclusion.

Some benefits to building an inclusive company where employees feel save to “come out”:

Some risks to an environment of exclusion where people don’t feel safe to “come out”:

There are many ways for trans* people to become “visible” at work. As an employer, you can create a safe space for those who chose to be open about being transgender, making it a safe and respectful environment for that employee.

We look forward to sharing more information on these areas as we share our series on Trans Awareness in the coming months.

Zalika Winitzer is a Consultant at IBIS driving diversity and inclusion projects and solutions for organizations and universities. Her extensive expertise in organizational analysis, project management, and group facilitation married with her passion for exploring the multitude of dimensions of diversity create successful project outcomes.