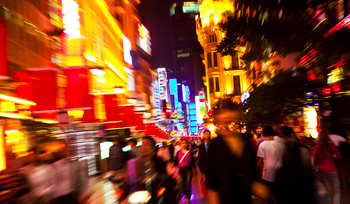 Global companies founded in the U.S. have traditionally exported U.S. approaches to project management, team design and communication to their locations outside of the U.S. Has the same approach been applied to diversity training?

For diversity and inclusion to be recognized as globally relevant, diversity training must extend beyond gender and race. When we at IBIS, a diversity & inclusion consulting company, conducts surveys with global companies in an effort to assess diversity and inclusion needs, we find that race is not a central diversity challenge for relatively homogenous countries such as the Nordics, Japan and Korea. In these countries, national identity, which varies by region and country depending upon the level of openness to immigration, integration and citizenship, is the more relevant diversity challenge. And while our surveys show gender as a relevant topic in every country, the historical and social aspects of gender diversity varies greatly by region. Responses to our surveys and work with regional experts indicate that diversity training becomes even more engaging when focused on diversity issues that are regionally specific. Examples include class and educational background in APAC, generational issues in India, religious issues in Europe, social class in Latin America and India, and disability in most regions (while recognizing the differing historical and social contexts.)

Diversity training must also extend beyond a U.S. centric implementation. Diversity training typically uses U.S. based cases and scenarios and delivers training in English by U.S. facilitators. Literal translations and non-customized modular instructional techniques lack sensitivity to cultural and regional differences. Training often discusses the diversity of groups in polarizing terms, focusing primarily on the challenges related to working in a diverse environment rather than on the advantages of working within a diverse team that is able to effectively bridge differences.

Translating diversity training into a globally relevant service requires progressive steps away from these U.S.-centric practices. In IBIS’s experience partnering with and assessing the diversity training needs for U.S. based global corporations, we have developed the following 5 training solutions to make global diversity training truly “global”.